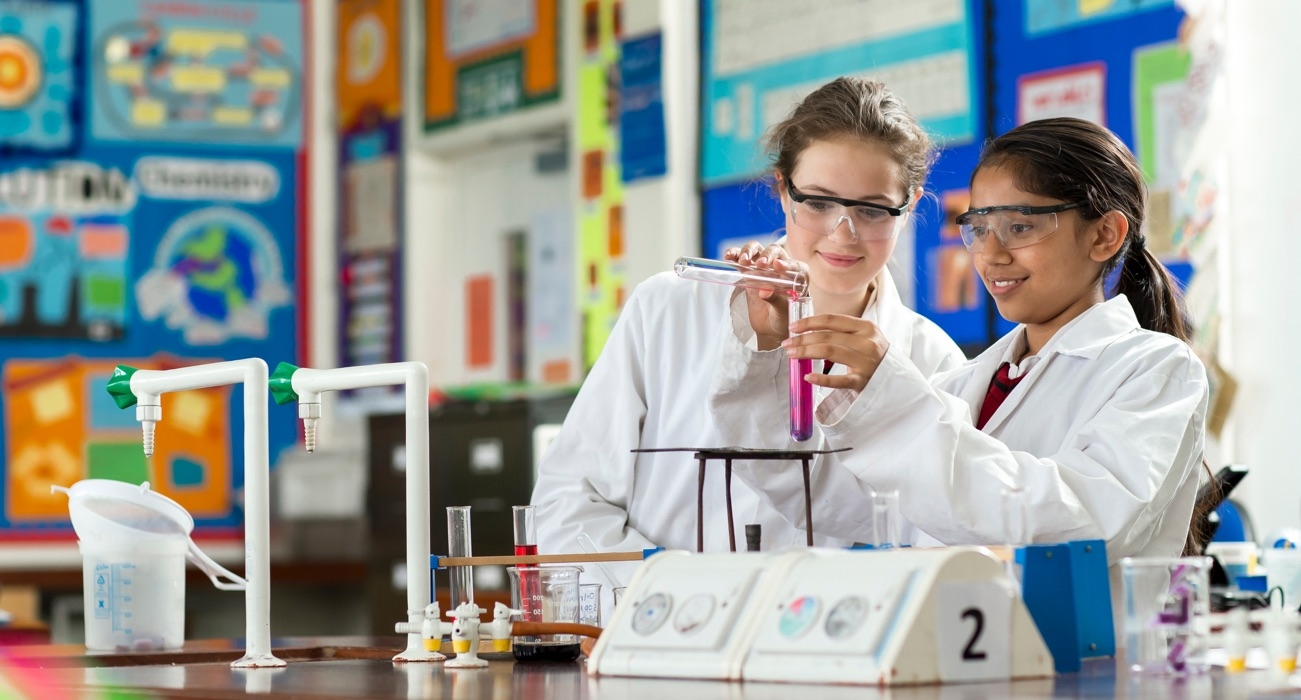 Whilst this is a key issue for any school, it is, perhaps, especially telling for a diamond school such as ours. After all, we argue that single-sex teaching at Key Stage 5 is an important factor in encouraging pupils to avoid gender stereotypical choices when making educational decisions. Certainly the national evidence suggests that our model works - the percentage of girls studying A Level STEM subjects at Dame Allan’s well exceeds the percentage of girls studying such subjects nationally as reported by the Department for Education (albeit that the data is dated - 2013-2014 - and covers all schools). Perhaps a fairer comparison might be found in Cambridge Assessment’s 2016 report on the uptake of A Level subjects by gender, which again sees the percentage of Dame Allan’s girls taking STEM A Levels above the figure for such subjects taken in all girls schools - though on this occasion by a much narrower margin.

What lies behind this success? In the first instance, good teaching. Ultimately, whatever the gender of the students, it is this which makes a subject attractive and appealing to students. However, there are approaches we have followed to overcome the STEM deficit amongst girls. Much of this is based around the kind of role modelling that is possible in a school structured as we are. Thus we send Sixth Form girls studying physics to talk to Year 11 pupils about A Level in order to capitalise on the IOP research about girls needing to identify people like themselves studying the subject.  Likewise we have a big display showing which pupils study A-level physics, why, and what they go onto study at university so all pupils (not just girls) get to see the wide variety of options open.

We have invited an alumna in to talk to girls about her research in space physics too. Again, just trying to enable pupils to see that there is nothing particularly special about physics at higher levels and they are all equally capable.  Dispelling the myth that physics is hard is about enabling them to see ordinary people succeeding with it as so much of what society throws at them shows the opposite.
We have (as far as the curriculum allows) capitalised on the examples chosen to illustrate physics principles. Thus in Year 7 we have a problem solving approach; pupils work in groups to answer big questions and the girls really engage with bumble bees using static electricity to find pollen whereas boys tend to prefer the geckos climbing walls example of the same phenomena. However, we don’t stereotype in advance – just offer the same menu and allow pupils to choose their own interests. This is crucial because interests are often based on a pupil’s personality rather solely on their gender - always a key point for us to remember in a diamond school.
Similar approaches in biology and chemistry see over 40% of our Sixth Form girls studying each of those subjects, whilst Maths and Further Maths are studied by 35% of our current Sixth Form girls.

Of course, there are always challenges. The number of girls choosing to study GCSE and A Level Computer Science is disappointingly low: higher certainly than in the national picture, but nevertheless something we are keen to address. In order to do so we have provided our girls with many opportunities to make them more aware of the wide range of careers available in the computing industry, to see the potential of the industry and to reassure them that the skills women can bring to the industry are invaluable in the development of technology.

Local events help enormously in this regard. Earlier this year our Year 9 girls attended a 'Girls in Tech' conference organised by our Computing department. Female representatives from Sage, Balfour Beatty, Waterston's IT consultancy and Sunderland University presented to our students to share their journey into the technology; the morning left our girls feeling empowered and inspired and soon afterwards 10 girls participated in the CyberFirst Girls Competition. They worked on the challenges at lunchtime and after-school and focused on topics such as: cryptography, networking, logic/coding and cyber security. The challenges were derived from skills used by cyber security professionals and the girls worked in teams to solve as many challenges as they could. Later still some of our Year 7 and Year 9 girls attended the ‘Stemettes Hackathon’. Stemettes are working hard to inspire and help the next generation of females get into Science, Technology, Engineering and Maths. The hackathon provided an exciting event where girls had the opportunity to create their very own app to celebrate International Women's Day 2019. The same milestone - allied with National Apprenticeship week saw another group of Dame Allan’s girls attend an ‘Accent on tech’ workshop at Accenture. The girls learned about Accenture and the IT sector, were involved in interactive workshops on Cyber security, HTML and CSS, talked to some successful women in the tech sector and toured to the Innovation zone.

Has this had an impact? Of course, proving causation is notoriously difficult, but GCSE Computer Science uptake amongst girls has increased by 400% this year and our varied attempts to make girls aware of the potential of the tech industry and their place within it seem certain to have played a part in this.

So how do we encourage girls to study STEM subjects? There are three key points: a single sex classroom environment dispels the idea that these are ‘subjects for boys’ whilst the presence of boys on site means a proper balance is brought  to the rest of school life; a rich and varied range of role models confirms to our girls that science can be for them - “this girl can” has a direct application to STEM - and finally, there is no substitute for well-planned and professionally delivered lessons by teachers who are aware of pupils’ individual strengths and weaknesses - regardless of their gender!